Hi there! I am Lenny. Dad to a bunch of kids.

Funny thing is, my wife promised me a girl. She read a book we followed the instructions…. still no girl.

Of course I gave her a hard time about it but we knew we were blessed to have eight, healthy, happy sons.

We raised our large blended family in Dallas, Texas and then in February 2018 I received a Facebook message I never expected.

My senior year of high school (way back in 1986) I conceived a daughter at the end of that school year. I had no idea.

All of these years later my daughter, Kelsey, had longed to find her father. Ancestry DNA helped her do that.

It’s easiest to understand the journey by following her YouTube video where she shares the story.

So here we are almost two years later. We’ve moved our family from Dallas, Texas to San Antonio to be hear her and to be near my parents who live here as well.

We love spending time together as a family and making delicious creations in our kitchen. 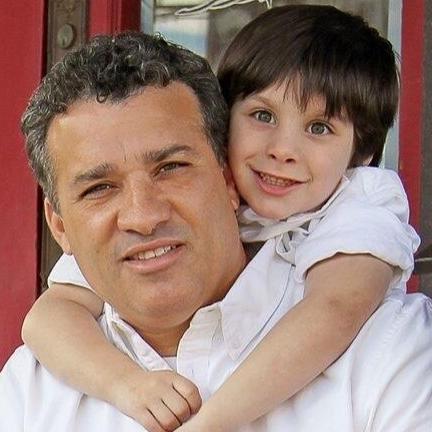 Hi there! I am Lenny- a dad of 8 boys. After years of longing for a daughter I learned in 2018 that my first born was a girl (now in her 30s). I never knew she existed- thank you Ancestry! We moved across Texas to be near her and we're living our best life in San Antonio! Grateful He knew our plan better than we did. We believe an awesome recipe should be shared with everyone!

Stay up to date

This site is a participant in the Amazon Services LLC Associates Program (my wife Crystal Lopez), which is an affiliate advertising program that allows online influencers to earn small advertising fees by advertising and linking to amazon.com.

Don't miss all the latest!